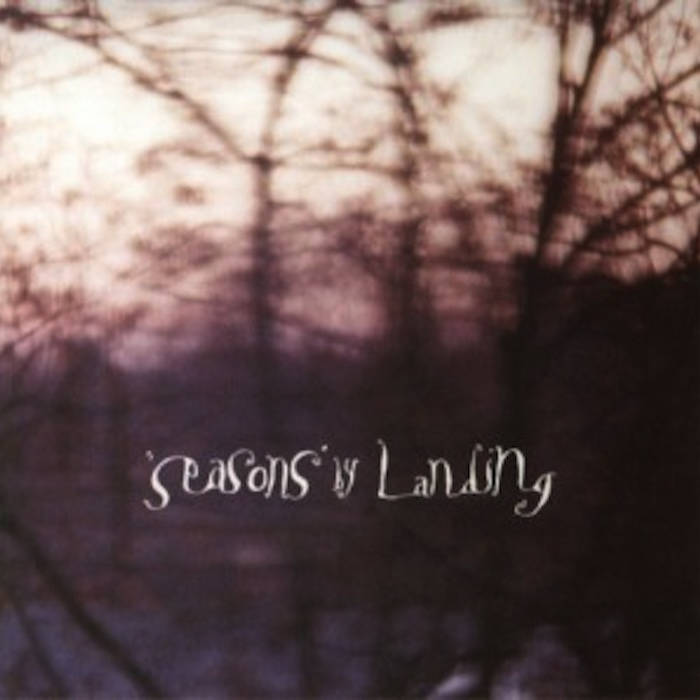 littleowl89 I love this dreamy album, it is nothing short of whimsical and stunning. Seasons truly embraces Connecticut in the fall. Favorite track: Fall Song.

Devin Powers Such a beautiful album. Textural and calm, perfect for the cold days between fall and winter. Favorite track: First Snow.

"Seasons" was our only release for the Ba Da Bing! label. We were thrilled to work with Ben because he'd released some of our favorite music from Bright, Windy & Carl, and Yume Bitsu. This is also the first record we made with songs written by our former band mate, Dick Baldwin. We miss his songs!!
From Ba Da Bing!:
"“Seasons is a great Technicolor wash of out of sync psychedelic Byrdsong and vague Country-tinged langour, with its male and female vocals misting up in front of the speakers like breath on a cold day.” -The Wire

Landing has achieved something once very common and now so unique – they’ve built their career and following completely by themselves, with little reliance upon outside help. From releasing their own records, to tours with Windy & Carl, to forming a space rock supergroup with Adam Forkner of Yume Bitsu called Surface Of Eceon, the band’s members have never relied upon anything but their own talents and abilities to see through to their next achievement. And the next step comes now with Seasons.

The group first called themselves May Landing and was formed in late 1997 by Aaron and Adrienne (they’re now married). Pretty soon, they picked up Daron (who was playing bass in Forty Nine Hudson) and Dick (the guitarist of Perth Amboy). They shortened the name and began releasing records on The Music Fellowship label (Daron is one of the co-owners). In December 1999, the members all moved to Connecticut and, the following Summer, they went on a national tour supporting Windy and Carl. Upon meeting Adam Forkner of Yume Bitsu, who was living in New York City at the time, Dick, Daron, and Aaron started playing with him and Phyll Jenkinsin a group called Surface of Eceon. Simultaneously, the group was busy recording the songs that would become Seasons.

As Landing and Surface of Eceon releases have proven, the group can make some stunning ambient instrumentals spiked with moments of grand intensity. What’s different about Seasons is how it shows off their previously unexplored songwriting flair. The record moves through the four seasons in its songs with breathtaking beauty and sincerity (Vivaldi would no doubt smile, then say something incoherent but pleasing in his ancient native tongue). The band sings more than ever before, and the soft fluidity of their voices perfectly matches their trademark delicate playing. The drama unfolds with a gentle minimalism, striking at beauty through impressionism, and reaching their goal with nothing more than whispers."